There is always a starting point for all trips and for the German exchange learners, it was OR Tambo International Airport on Wednesday, 6 July 2022.

Everyone was hugely excited and keen to start the journey- surely nothing could go wrong. That was the plan, however, one learner was most unfortunate and could not join our flight from Johannesburg to Dubai. A typing error had been made on Amber Gallop’s visa which meant she had to postpone her travel by a day.

Although it was a shock to all of us, it didn’t prevent us from enjoying our 8-hour flight which consisted of movie marathons and powdered eggs for breakfast. On our arrival in Dubai at 03h00, we were spoilt with an airport full of wonderful merchandise, only found there. Apart from that, it was extremely difficult to budget because of the unfamiliar currency, and we urgently needed to find a food stall. When the time came for our connecting flight to Frankfurt, we caught up on much needed sleep. From Frankfurt, we had a 4-hour train journey to our final destination where we met our host families in person for the first time. At the train station, we purchased a €9 train ticket for the month that would make our travel around Germany easy and affordable. We finally arrived at our destination and all immediately went home and slept until the following day.

Our official program started on 8 and 9 July with the ENSA Summer Conference which is where all the exchange learners come together to get to know one another better. One activity at the conference was ‘Our perfect world’ which consisted of a picture which supposedly represents a perfect world. Our task was to point out its flaws or something we didn’t agree with.

Another game we played was called ‘banana split project’. A team exercise where groups of people have a position in the banana industry and have to manage the budget of each section of the business such as the workers, transporters, owners etc. We participated in many fun activities, some as individuals and some as groups. Overall it was a most enjoyable experience which we will all remember. Most importantly, it assisted the German and South African learners to get to know one another and bond as a unit.

After an exciting start to our time in Germany, all learners spent the next few days with their new families. This served as a great opportunity for the learners to settle into their new ‘temporary’ lives for the coming three weeks. Four of the South African learners ventured off to the Kiliani Festival, enjoying the adrenaline filled day while experiencing the exotic social life of Germany. Two of the learners attended a full day at school during their project week and got to experience how the German schooling system works.

On 12 July, the entire exchange group ventured to the city of Wurzburg where we visited the Prince-Bishop’s Residence. The Residence was informative as we learnt about the history of the artwork in the building itself. We spent the rest of our trip doing a quest around the city and explored the streets of Wurzburg, enjoying the contrast of cultural and social life, as well as the various foods, gift shops and clothing stores.

The following day our learners proudly presented their school to the 5th and 7th grades of the Gymnasium. Each learner spoke about the different elements at SCS such as sport, academics and the various activities the school has to offer. One highlight was an afternoon when the exchange learners and their host families enjoyed a delicious barbecue at one of our host's farms in Hufla. Everyone relaxed, played typical German games and exchanged good conversation, all the while filling ourselves with delicious German cuisine.

After an exciting day, we were off to school where the learners worked on their project, ‘Learning about climate change: A step towards resilience and sustainability’. They had the task of comparing the two biospheres of their countries with their respective resources and climates. To unwind, we went to the Jump House where a game of dodgeball and bouncing around got rid of the built up energy.

For the next two days, the learners were free and spent time with their hosts. All our learners visited the most popular places that their hosts claimed they had to see and experience. Places such as the Wasserkuppe, music concerts, restaurants and car museums, are just a fraction of the extraordinary places visited. Every day was filled with fun and new experiences and that made our learners even more excited in anticipation of what was to come.

After a very busy first week, the learners had the weekend to relax before embarking on a camping trip in the German mountains at the Rhön Biosphere Reserve Education Centre at the Schwarze Moor (Black Moor).On a Sunday afternoon, we made our way to the camping site, some decided to take the old steam train from Mellrichtstadt to Fladungen and others hiked up to the camping site. Once everyone arrived and the mountain of luggage had been unloaded from the cars, tents were pitched on the lawn - home for the next week.

The Rhön Biosphere Reserve Education Centre consisted of a seminar room, bathrooms, a shower room and a kitchen. A shower tent was constructed with two outside camping showers. A schedule was drawn up enabling everyone to have a hot shower every day.

That evening the group was introduced to the program. Afterwards a few learners hiked to the Schwarze Moor. For supper the whole group had a braai/ barbeque. The learners then went to bed in their new bedrooms- very warm little tents.

Throughout the week, the group spent their days learning about the Rhön Biosphere in which they were camping.This biosphere includes both mountainous and rocky areas, as well as the Schwarze Moor.

On the first day the program instructor, Michael Dohrmann, gave the group an interesting demonstration of what a moor is. Accompanied by one of the biosphere rangers, Lukas Neitsch, we went into the Schwarze Moor to see what it looks like. Guided by Mr Dohrman, the group then hiked to a waterfall where we tested the quality of the water by viewing the different water insects and animals that live in that section of water.

The second day started with a hike through a small forest in the Rhön which included going into a small cave and visiting a chapel ruin which highlighted how humans, culture and nature co-exist.

The following day comprised of team-building exercises in which the group learned to work together - a lot of fun was had. The afternoon consisted of sports such as badminton and volleyball, and afterwards everyone built their own pizza. That evening the group went into the nearby forest and learnt about the birds in the Rhön with Ranger Zarah Greiner.

At 03h30 the next morning, many of the campers woke up and went back to the forest where they spent the next 2 hours sitting by themselves and observing the bird life. It was peaceful and although we were tired, many of the learners agreed that they had a great experience identifying 39 different bird species. The rest of the day was spent learning about the botany of the area guided by Zarah and Mr Dohrman. This turned into a competition between three teams as to who could identify the most plant species in the area. A total of 61 plants, including trees, flowers and ferns, was the final count.

On the last day we went for a stroll and learnt about the history of the Rhön Biosphere. That afternoon the group did a trans-section to determine the number of trees in a forest section.The data collected will ultimately be used by the Rhön Biosphere to rehabilitate that section of forest. Rain was forecast for that night and because we did not want to pack wet tents the next morning, we packed the tents up and made our beds in the ‘dining hall’ and watched a movie before heading to bed.

Overall, the camping trip was enjoyed and it was agreed that learning about the biosphere and the different aspects of nature in the beautiful place we found ourselves in, was an experience well worth having.

Germany has a rich and interesting history, and the learners had the opportunity to get a glimpse of it when we visited the Buchenwald Concentration camp during the last week of our trip.

On 25 July, the Southern Cross Schools drumming squad was represented by four learners at the Martin-Pollich-Gymnasium Summer Music Concert.  The learners did a wonderful job representing our school and received loud applause after their performance. This was the first-time learners from Southern Cross Schools had the opportunity to participate in an elite concert. Ryley Gallop had joined the music group on their camp weekend and participated in the senior big band and choir performances at the concert.

During the last week, the group completed their project and presented their findings on information posters.

Three weeks seems like a long time to be in a different country, but not when you have had fun like we have. This program has enriched each and everyone’s lives and will most definitely be recommended to anyone who may have an opportunity like this. Learning about the different cultures is best done by experiencing the everyday life with them. Lifelong friendships have been made and we cannot wait to have the opportunity to host the German exchange learners in our beautiful South Africa next year. 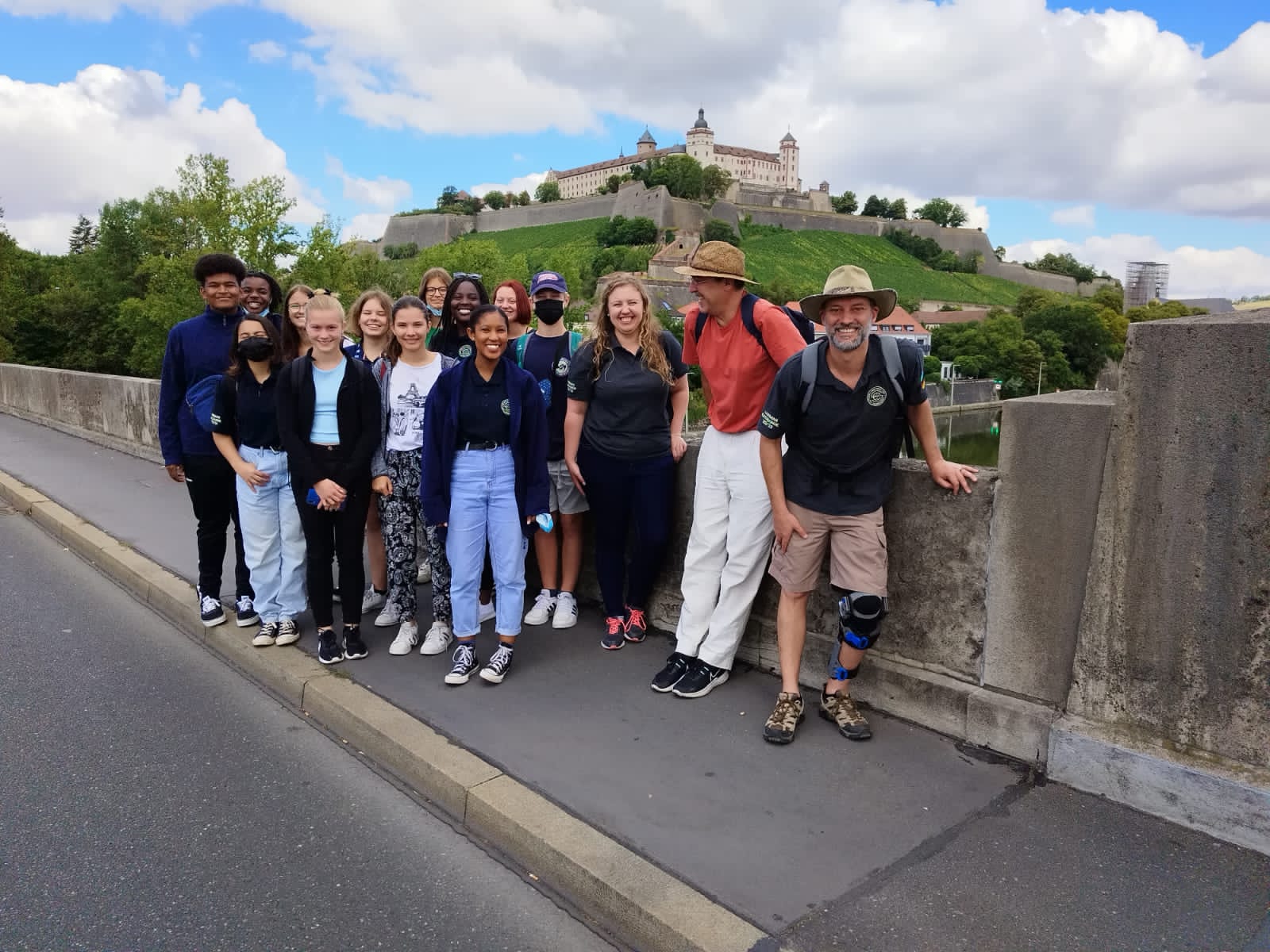 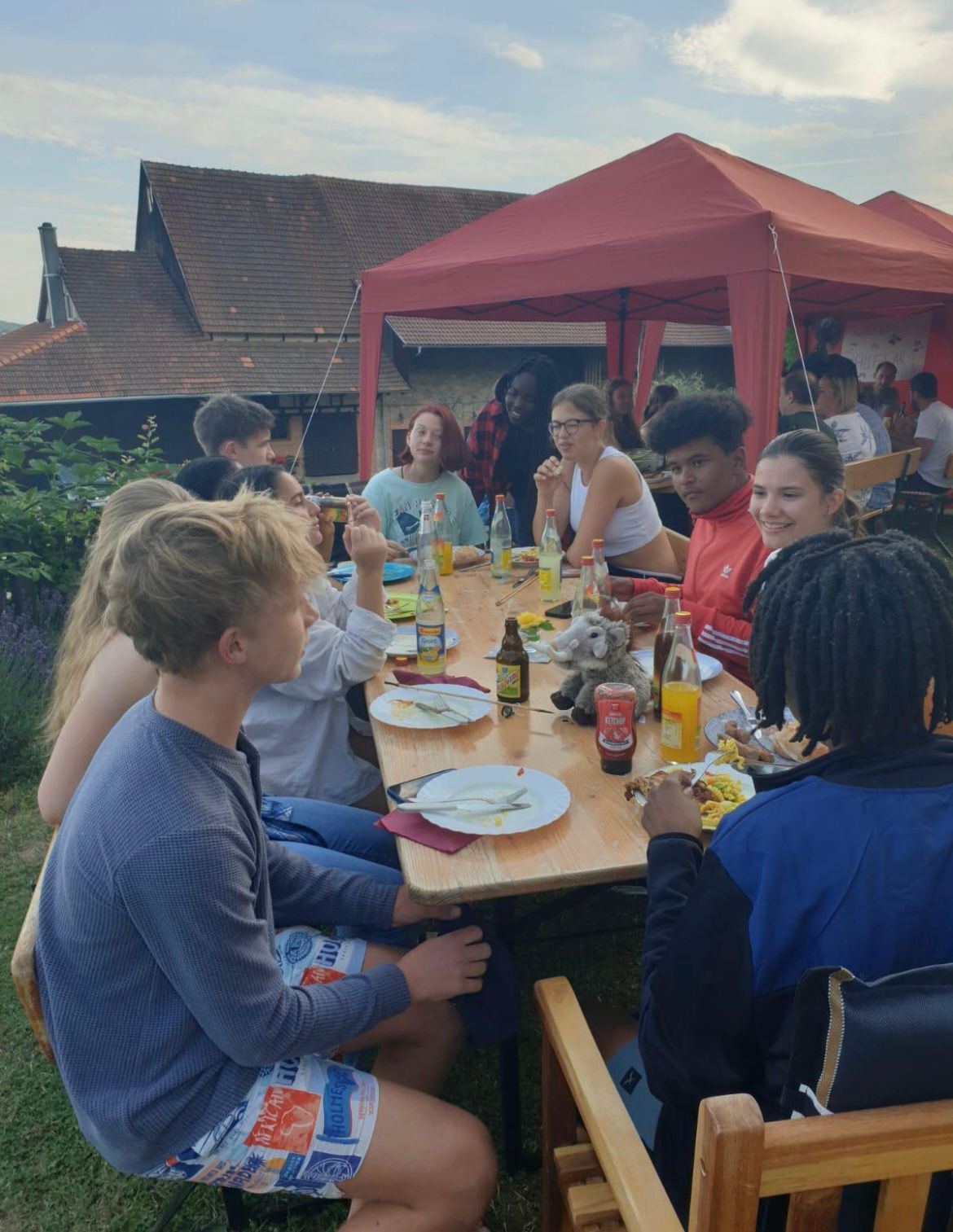 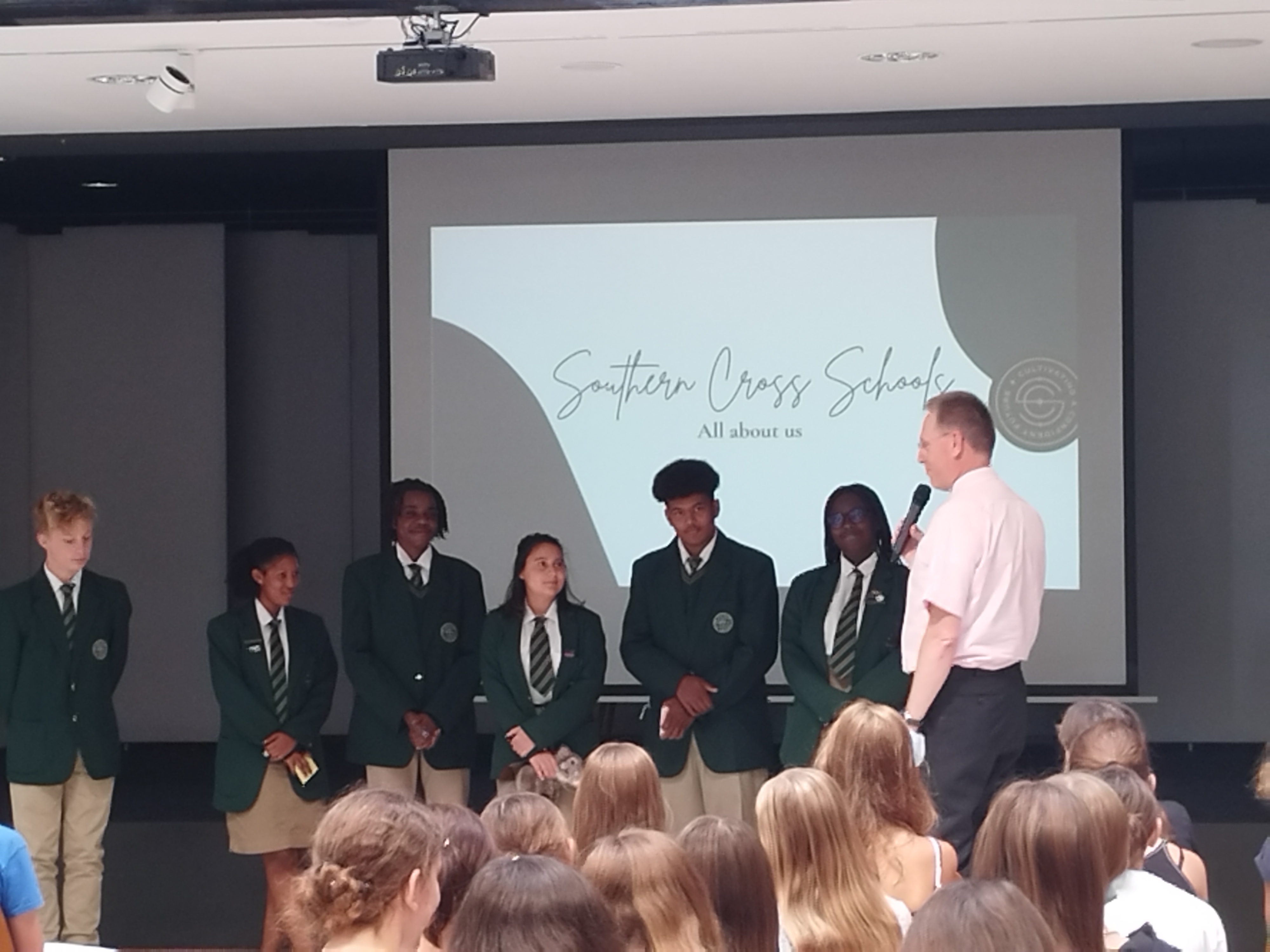 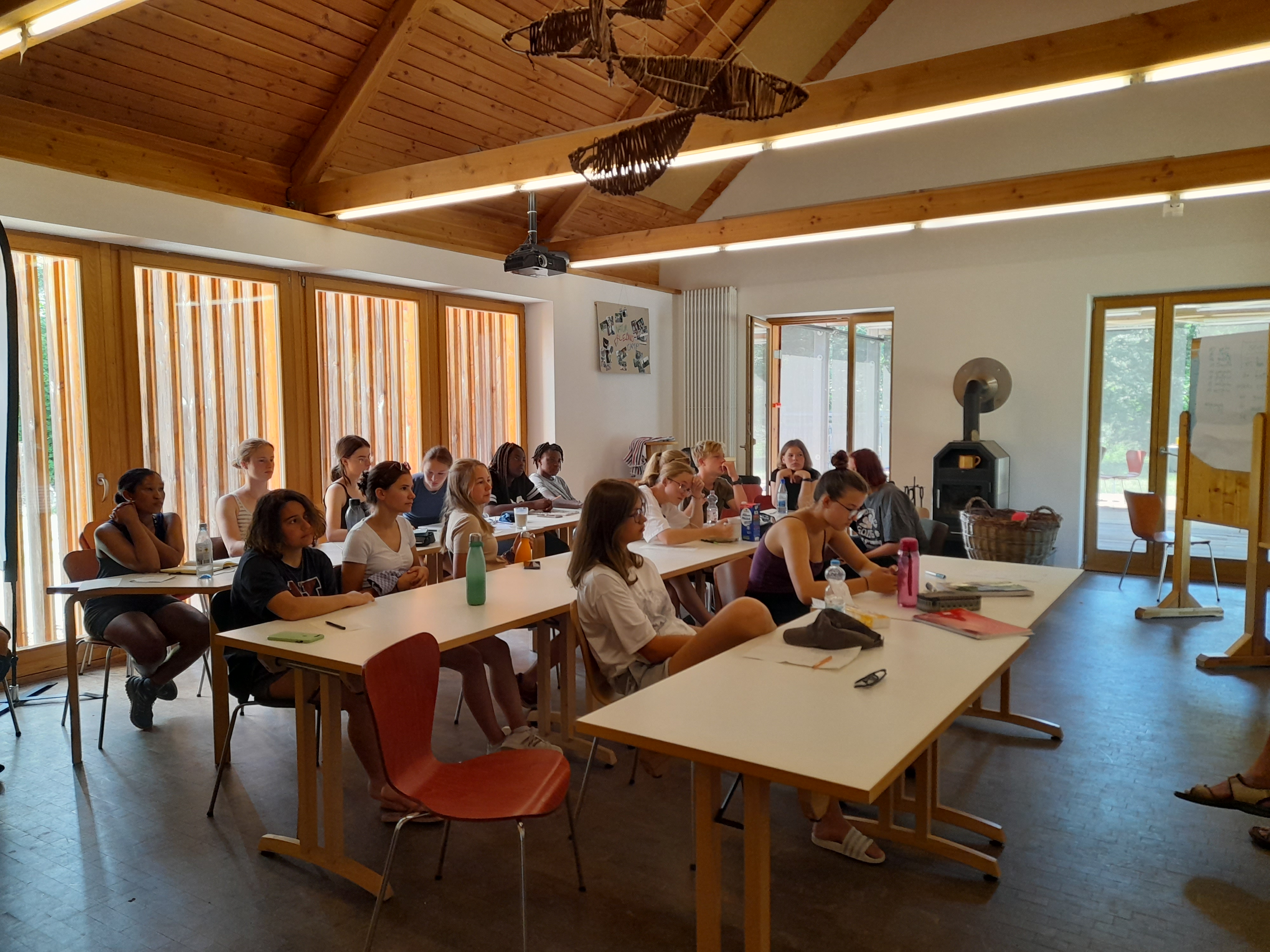 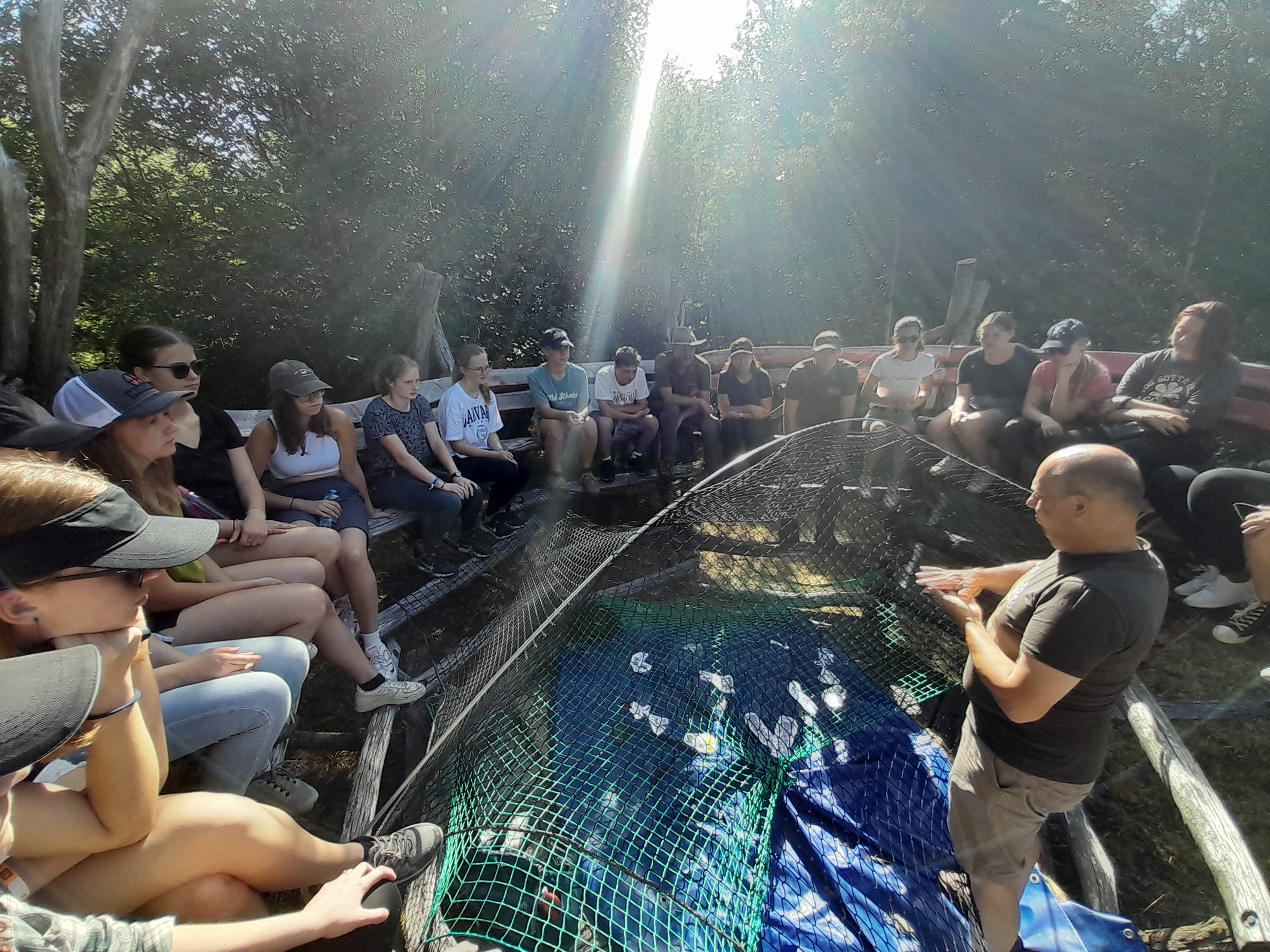 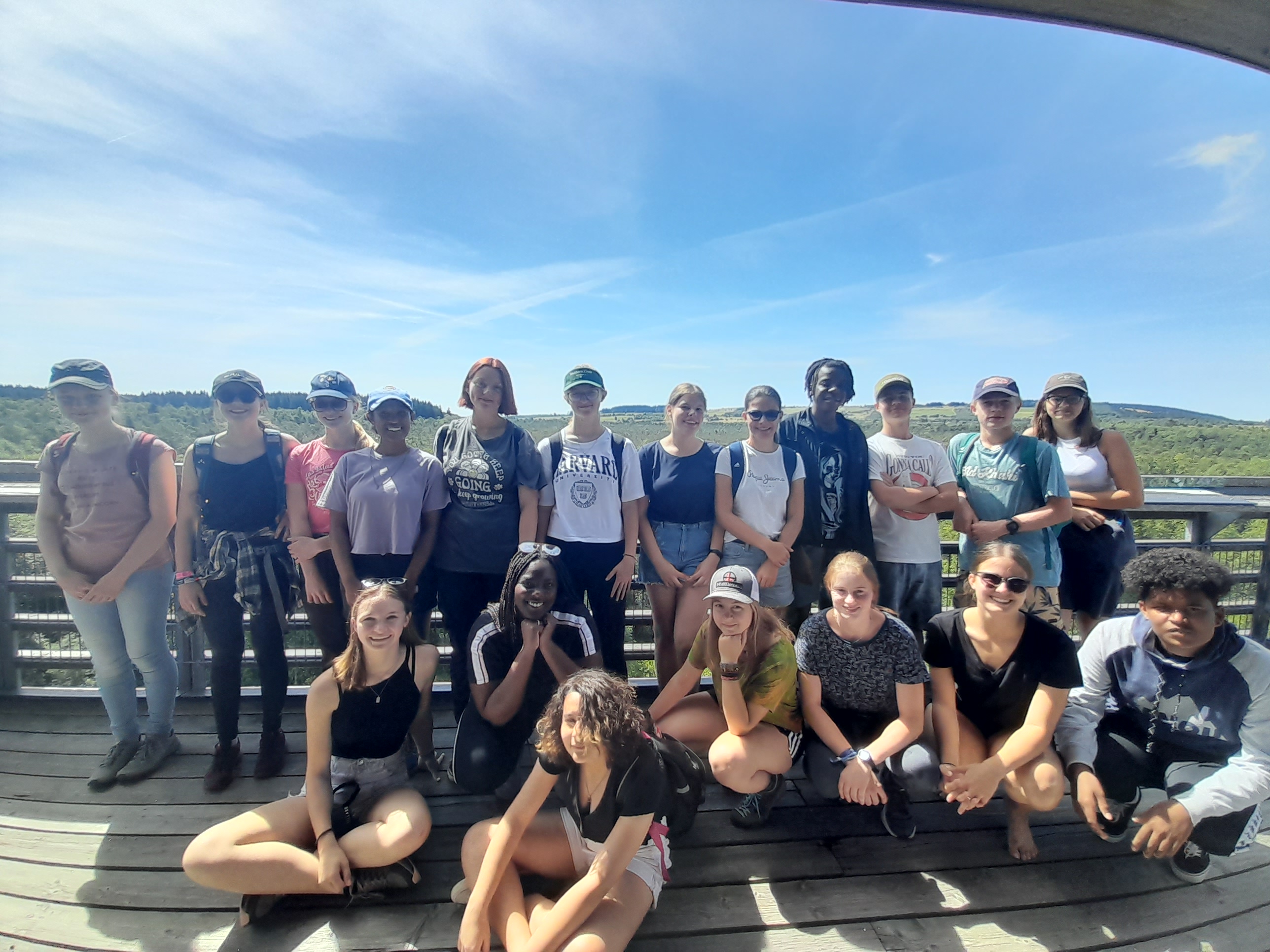 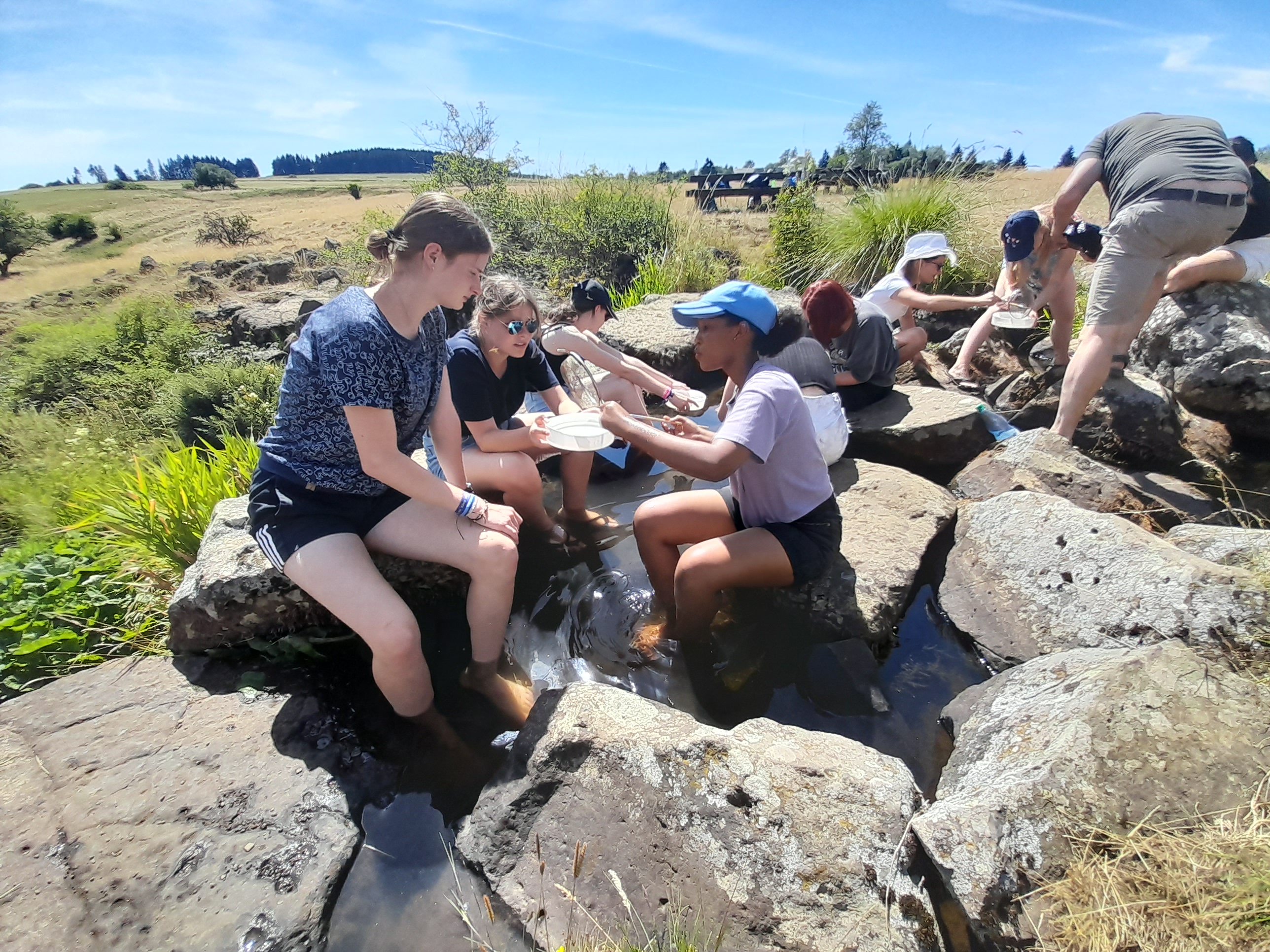 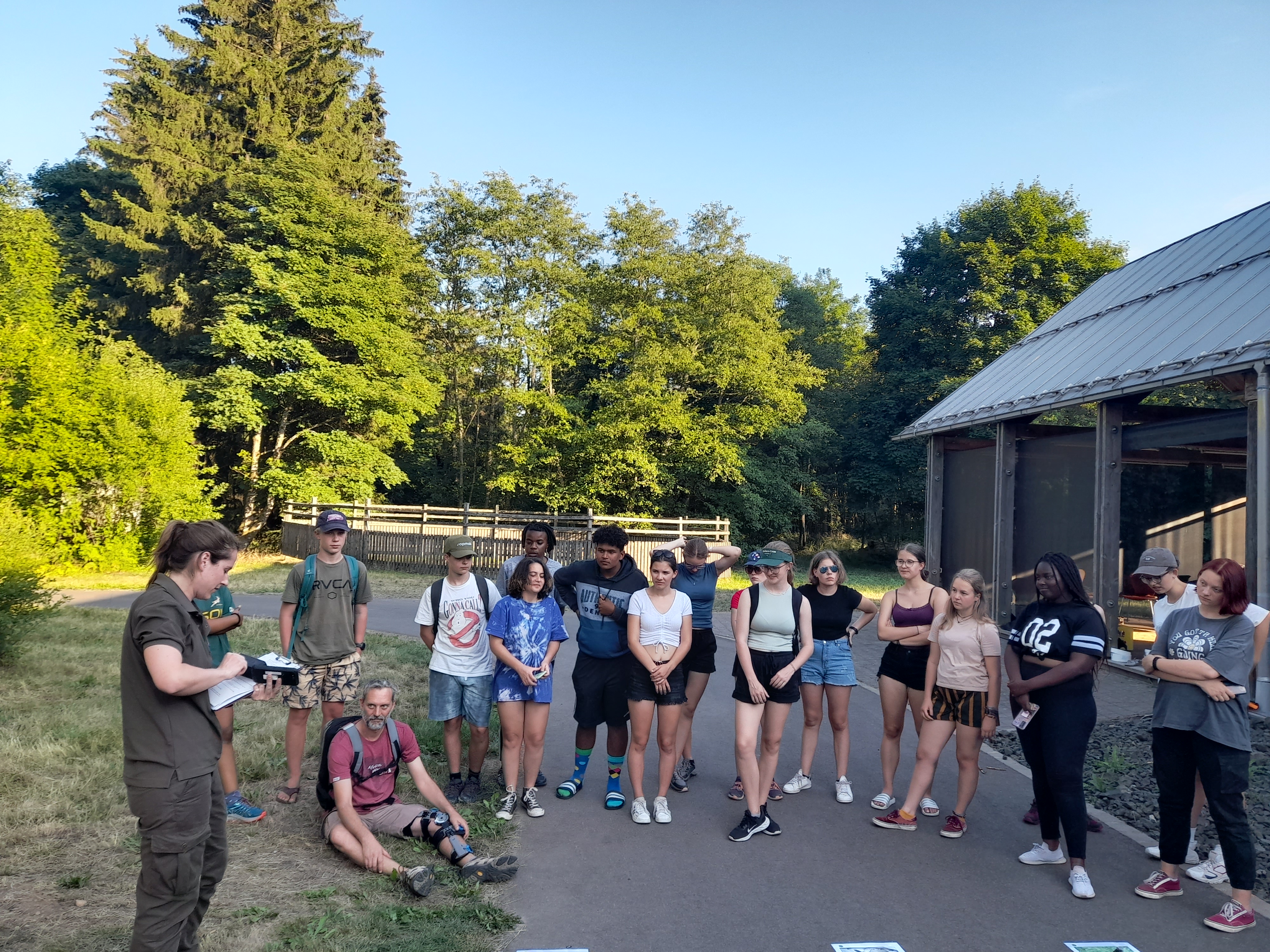 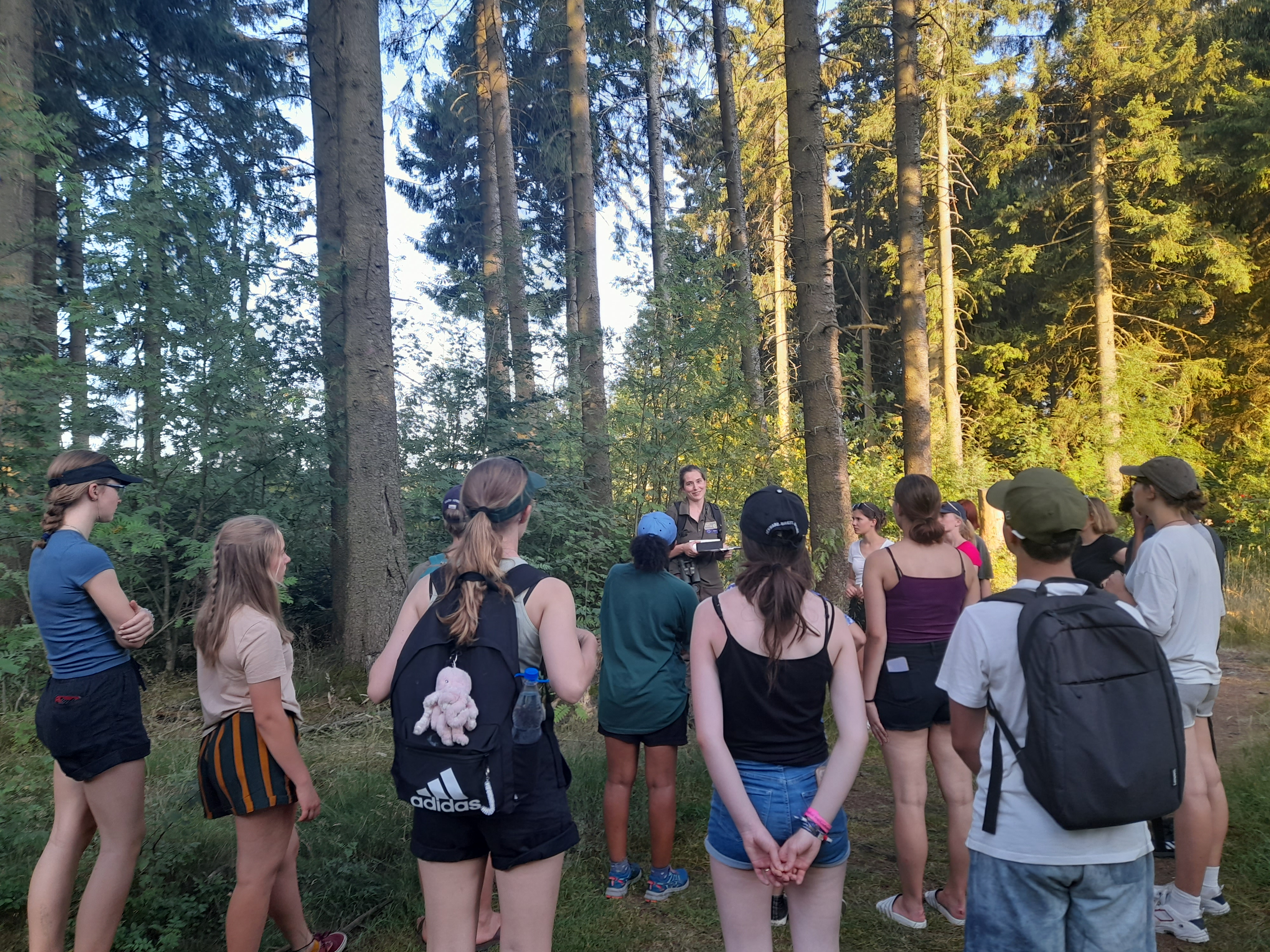 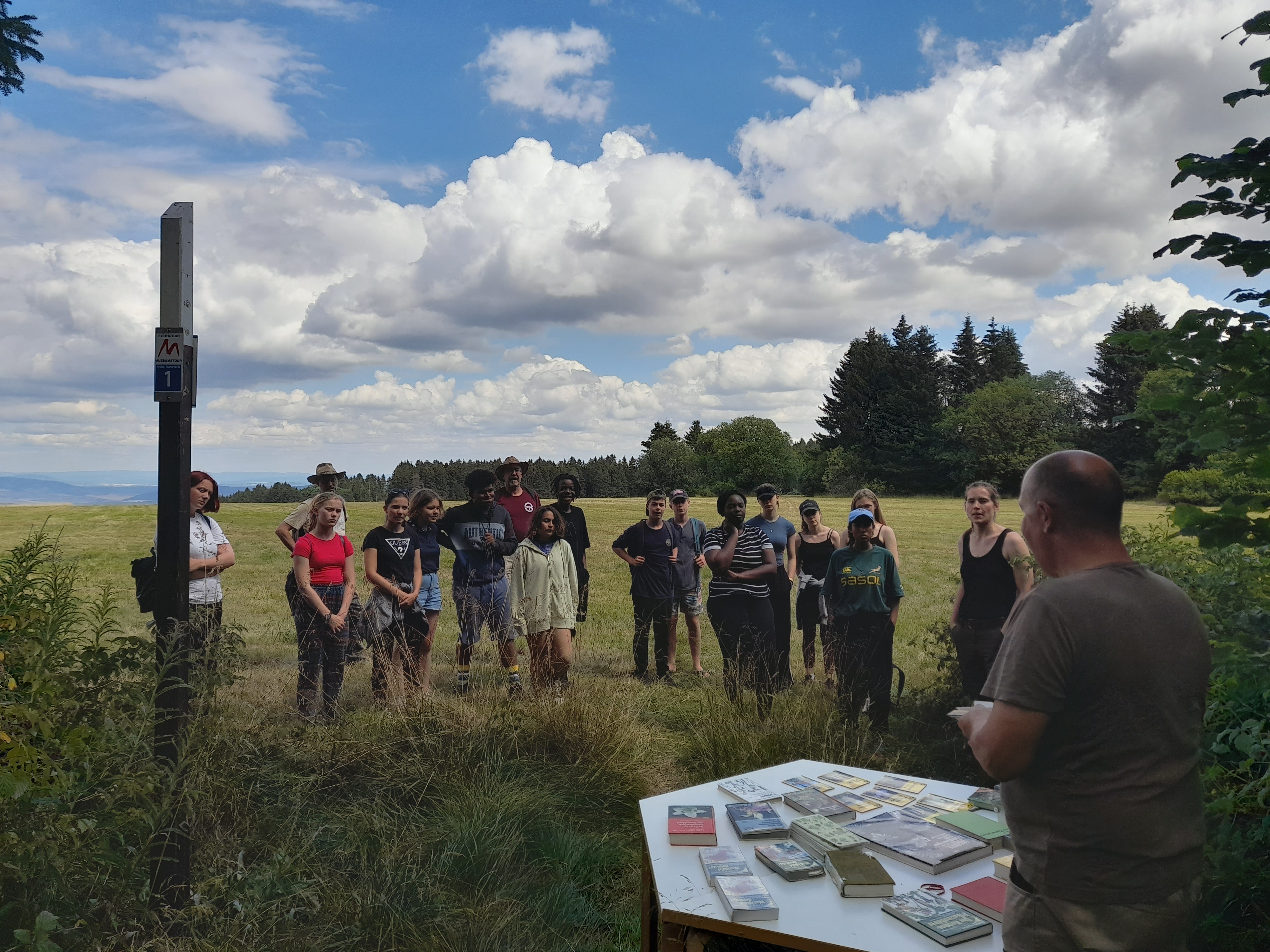 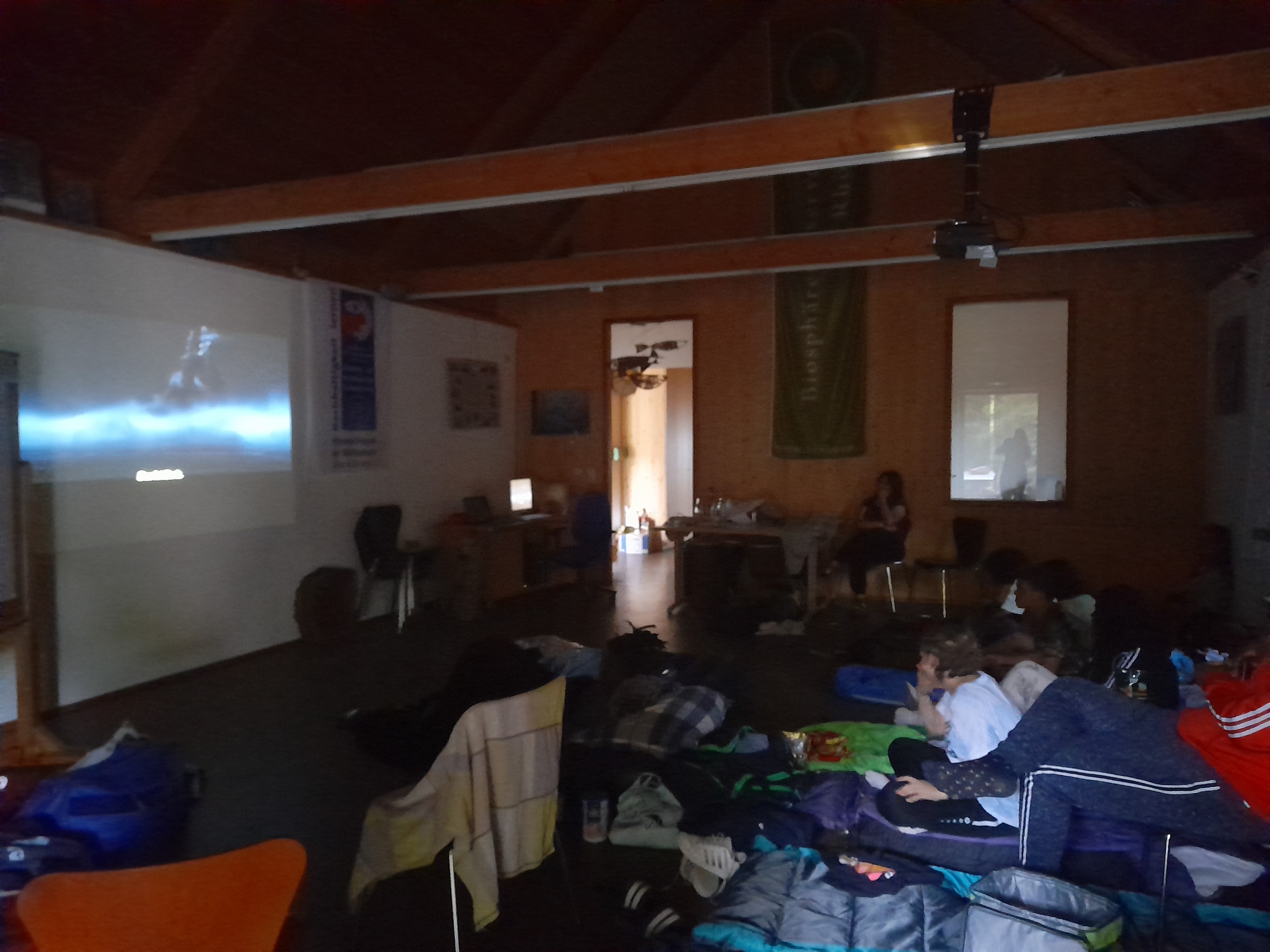 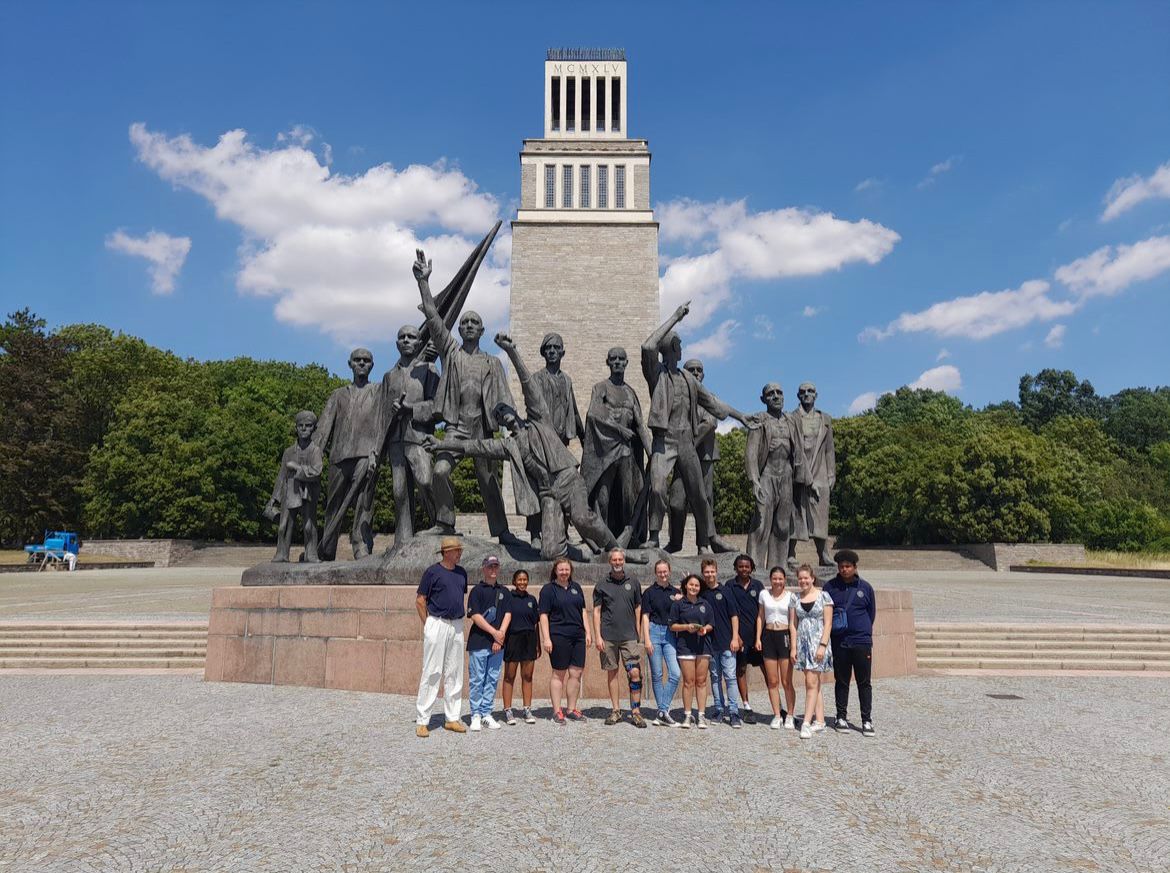 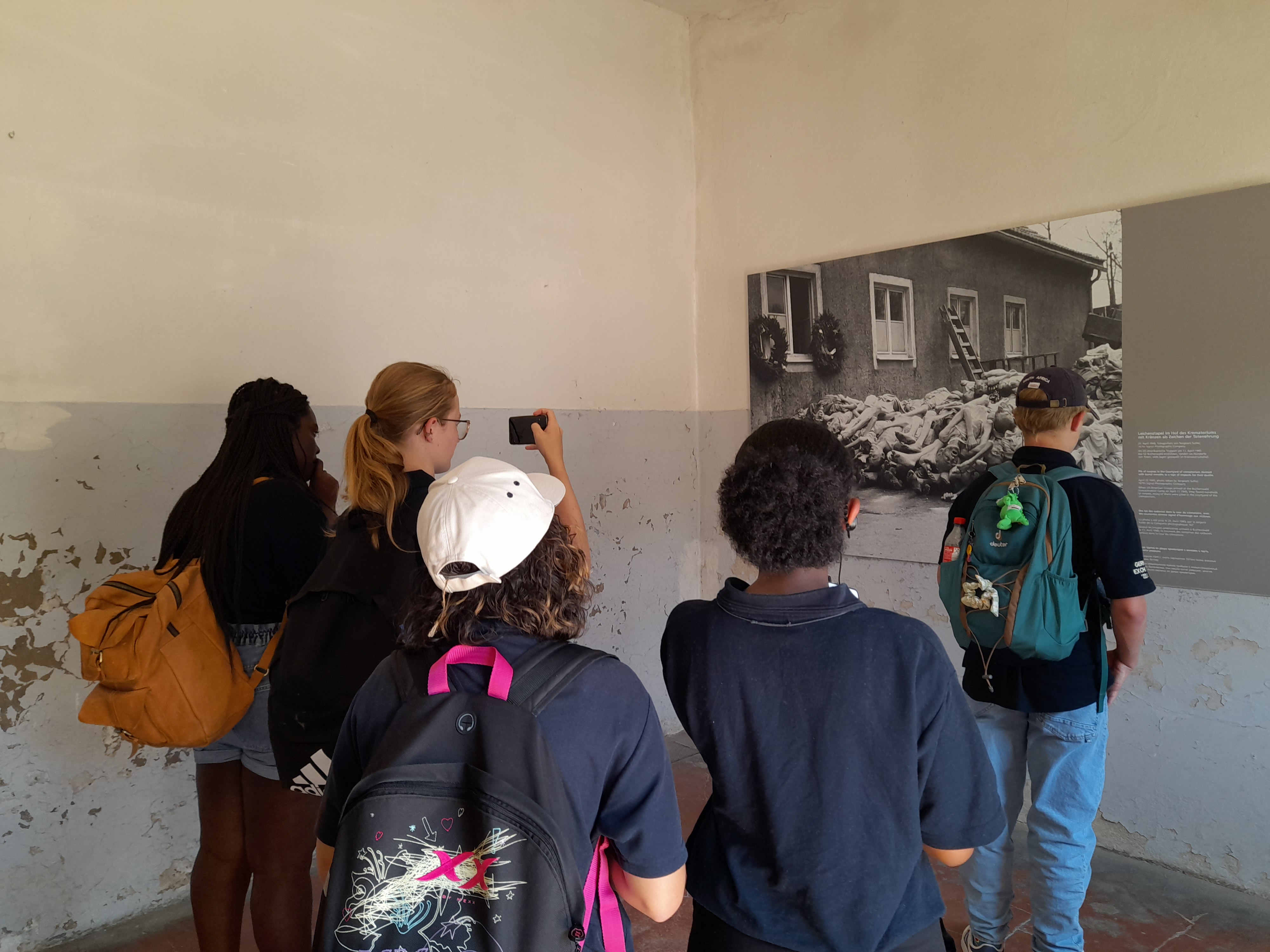 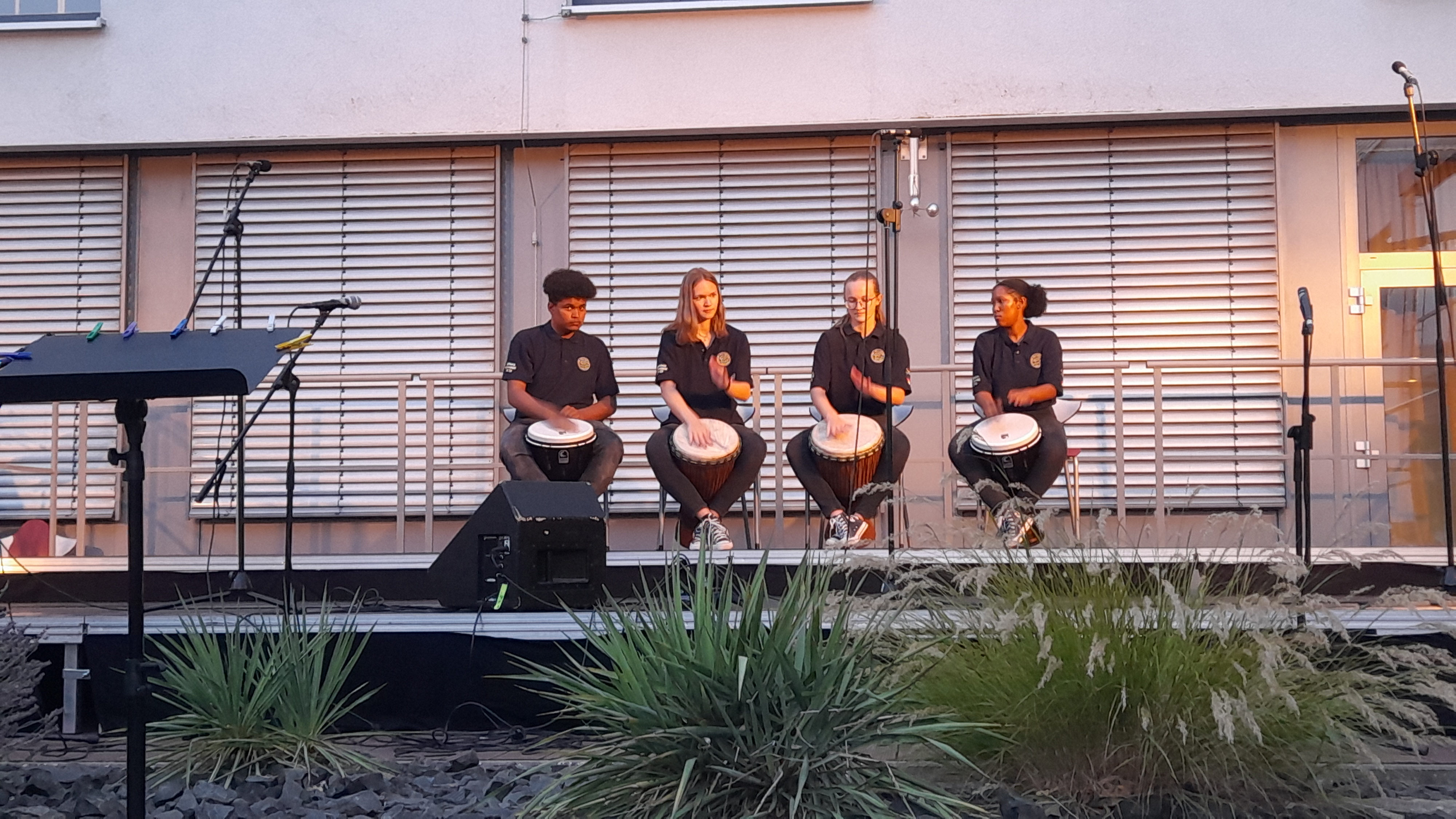 A Sad farewell from Teacher Grace